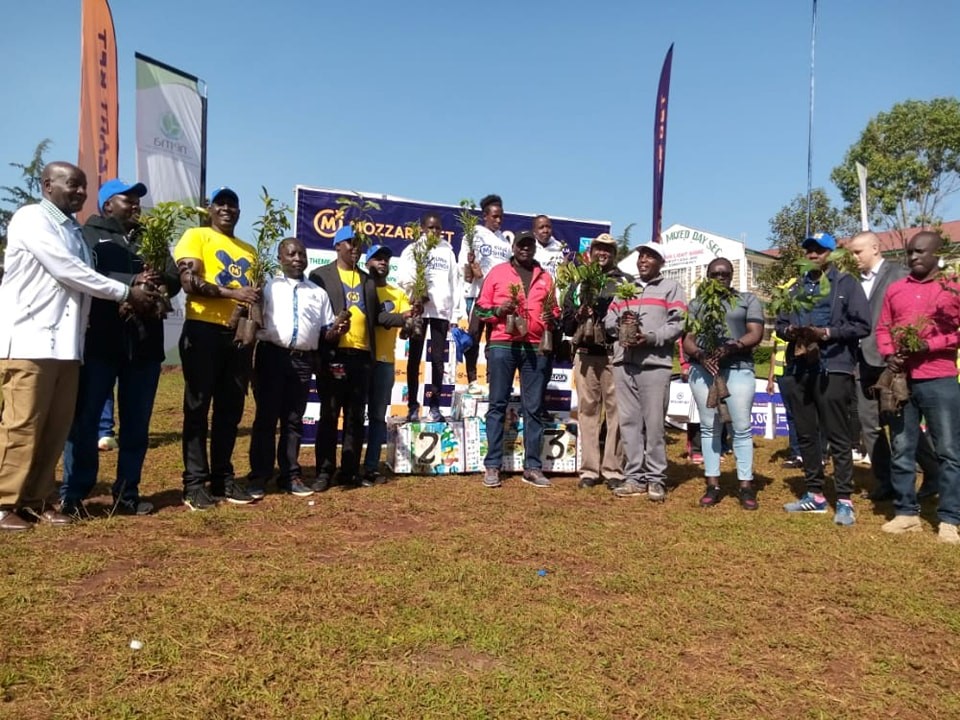 Posted at 07:07h in News by Lake Victoria 0 Comments

Re-Discover Nandi Road Race was established in the year 2006, it’s a popular and established Road Race which takes place in Kapsabet -Nandi County every year. The race is organized by One Touch Marketing which seeks partnership to see the event successful. It’s a 10 KM road race which attracts a large number of participants.
Nandi is one of the counties being covered by Lake Victoria North Water Works Development Agency in its area of jurisdiction. Nandi is home for Nandi forest which is water catchment area that should be preserved and supported.

On 3rd July, 2022 a team from LVNWWDA led by Principal Environmental Officer Mr. Ibrahim Oluoch participated in this year’s race at Kapsabet town. The event’s theme was dubbed Efforts to Support Green Economy and Enhancing Resilience to Climate Change Risks.

The Agency donated 700 tree seedlings during the event. The trees were planted in the vast Nandi forest to secure it from deforestation which is always a major threat to the county’s forest cover.

The race was presided over by the CAS Ministry of Water, Sanitation and Irrigation Dr. Andrew Tuimur who expressed his gratitude to the organizers and encouraged participants to keep on with the race till they reach high heights. He also thanked the institutions that donated trees highlighting that it will help the forest tree cover rise since it’s a major water catchment area in the region and beyond.

Sorry, the comment form is closed at this time.