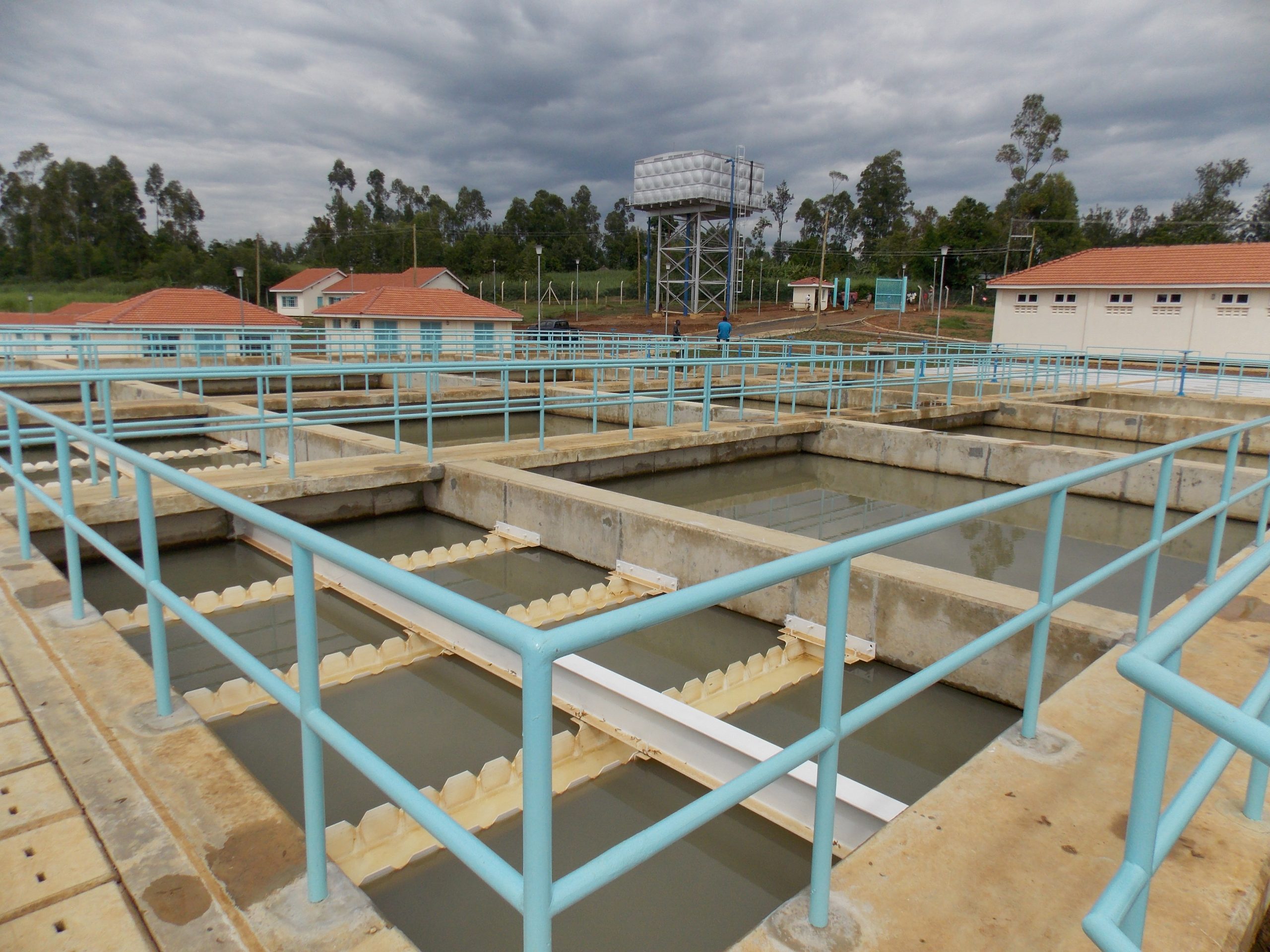 Posted at 06:29h in Completed Projects by Lake Victoria 1 Comment

The old water system was constructed in 1973 with a capacity of 2,782m3/day. Raw Water was abstracted from the nearby River Kibisi and gravitated to the Treatment Works three Kilometers away. The demand had greatly exceeded the production resulting in large sections of the reticulation system being dry and unused.

The new water supply expansion project involved increasing water production capacity from the previous 2,800 m3/day to 5,000 m3/day; increase distribution length to 23km within the municipality area; and rehabilitation of supply lines to Bituyu, Misikhu and Lugulu. The project covers both urban and municipality of Kimilili, which has an estimated population of 19,143 inhabitants but expected to grow to an estimated 27,854 by the 2025, with a corresponding water demand of 3,482 m3/day.

The new water scheme incorporates a metering and pressure monitoring policy to minimize distribution losses. It also has water kiosks appropriate for supply within low-income areas to enhance service provision to the low income areas in the Kimilili town and the adjoining rural areas.

Sanitation components for the project include construction of suitable toilets and septic tanks at certain institutions to enhance sanitation within the project area.

The project was targeted at the improvement of water supply by ensuring production target meets the design capacity of the system, reduction of Unaccounted for Water (UFW) to less than 35%, and that drinking water meets Ministry of Water, Sanitation and Irrigation and World Health Organization (WHO) standards.